CASA held its first ever virtual a cappella festival a few weeks ago on December 5th and 6th- SoJam 2020! The weekend was full of engaging classes, mind-blowing performances, and catching up with a cappella friends! How was all of this possible, you ask? I thought it was a virtual festival?! The answer is Hopin! Hopin is a virtual event platform that has the capacity to host classes, performance showcases, networking opportunities, masterclasses, and an expo booth all in one place. I think I can speak for all of the attendees in saying that Hopin was a welcomed break from Zoom!

It’s hard for me to pick a favorite part of SoJam 2020. There were so many great classes and two fantastic showcases, but I think my favorite part was seeing people attend from all over the world. I don’t know about you, but I’ve never been in a virtual space with a cappella enthusiasts from California, North Carolina, Massachusetts, Germany, Australia, and England all at the same time. If 2020 has silver linings, that’s one right there! I also have to say that I wasn’t really anticipating feeling so connected with other attendees, but the chatting and networking features on Hopin made all the difference! Throughout the festival weekend, folks were chatting during classes as well as on the main festival page and meeting new and old friends in the networking rooms. It really made it feel like we were all together. During the showcases, the chat was on fire with praise ‘oooo’s’ and ‘ahhhhh’s’ for the performers; it felt like whispering to hundreds of your friends during a show.

All in all, I left SoJam feeling inspired and with a revitalized sense of community. I don’t know about you, but I am counting the days until LA-AF 2021, taking place on February 27th and 28th! Save the date; I hope to see you there! 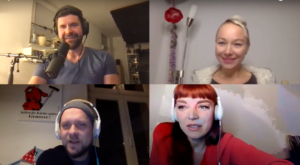 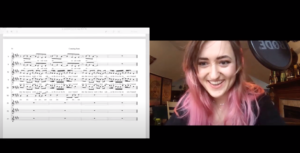 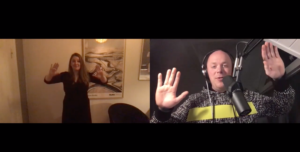 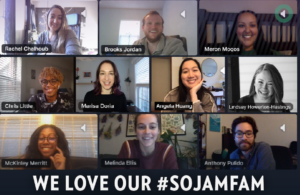